Between 2010 and 2017 or 2018, I participated in at least four bread baking classes at Zingerman's in Ann Arbor. My current sourdough bread starter began in an all-day, sourdough bread baking class at Zingerman's that I attended on Jan 30, 2010. My starter began with all-purpose flour, but after about a year, switched to feeding my starter with King Arthur White Whole Wheat flour, and I still do that today.

The Zingerman's instructions said to use "Instant Yeast." I need to revisit the differences if any between active dry yeast and instant yeast.

Anyway, I mixed the above ingredients and placed them in a small plastic container with a lid for overnight fermenting.

I planned to bake on Tue, Apr 28, but CP wanted me to watch her kids while she could work on painting the inside of her house. I placed the poolish in the refrigerator.

According to my notes, the poolish can ferment at room temp for max of 15 hours, and then the poolish needs to be used in the bread recipe, or it needs to be placed in the refrigerator. I don't know why 15 hours is the max.

If the plan is to refrigerate the poolish, then the poolish needs to ferment at room temp for at least 8 hours. Probably 8 to 12 hours, depending upon the time of the year. Our house temp can be 75 to 80 degrees in the summer and 60 to 62 degrees, during the cooler half of the year.

If the poolish is refrigerated, it's good for 3 days, max. According to my notes.

My notes also state the the refrigerated poolish does not need to warm up before using in the bread recipe, but on baking day, which was Wed, Apr 29, 2020, I removed the poolish from the frig, and I allowed it to warm for at least an hour before assembling the recipe.

For the focaccia bread recipe, I used the following:

After the focaccia cooled for 5 or 10 minutes, I cut into it, and Deb and I started devouring it. It was damn good. Olive oil, coarse sea salt, and bread. Simple but delicious. I liked eating it plain versus dipping it into Deb's canned pizza/pasta sauce that she made last fall. Her sauce is great, but the focaccia was good enough as it was.

I did not place any herbs on the focaccia.

I'm unsure what the difference is between pizza bianca and focaccia. Usually, focaccia is baked on trays, but this was how Zingerman's instructed us to make it. I don't care what it's called. It tasted good. I might try making it with a little whole grain flour.

I did not photograph the entire process. Maybe next time. I wanted to see how this worked first. I only took photos after baking and cutting. 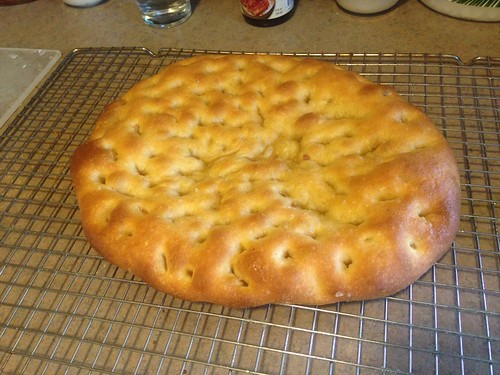 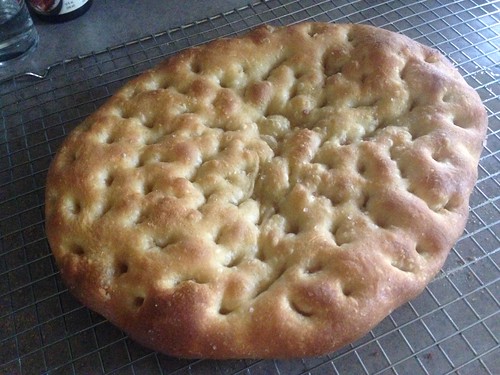 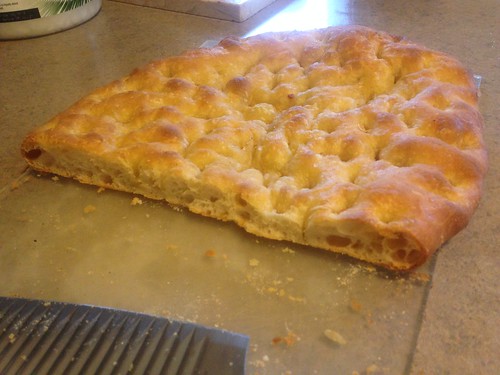 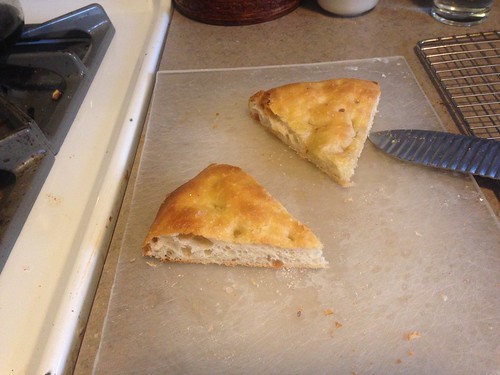